Back to profile for: billyblue VW T2 Classic campervan in Dronfield,

Hired Billy Blue for my daughters Leavers Prom. Arrived on time and good communication. Excellent service, would definately recommond and use again. Thanks.

Billy Blue was a lovely van in excellent condition and fun to drive. Mike and Justine, the owners, were also lovely people and so helpful. Unfortunately, we got snowed into the campsite we were staying on and had to be rescued - Mike came and fetched us and we had to leave the van for Mike to collect another day. They could not have been more helpful. Would highly recommend the van - but suggest you wait until the snow has well and truly gone!

"Fun" in the snow

We had a great time in Edward who is a beautiful camper and wonderfully equipped.Mike and Justine were really helpful and couldnt do enough to make our trip a brilliant one. The views from the camper over the Peak district landscape were brilliant!

We hired Edward the campervan from Justin and wow it was an amazing experience. The bride and groom were over the moon.It aso had an audience outside Sheffield town hall and was put on Facebook by someone.Thank you once again.

Wow what a weekend! ;) We are 3 sisters who try and have a girls weekend at least once a year and we always struggle with three people in a room so this year we thought wed look for something a bit different. We have always wanted to hire a campervan (we are talking bucket list) and saw Edward on this website and we were sold! It was in a convienent location (the Midlands both relatively close to where we live and where we wanted to go) and he looked amazing so we booked it! We werent to be disappointed either! As soon as the weekend was confirmed, Justine one of the owners, did everything she possibly could to ensure the weekend ran as smoothly as possible, we had so many questions and Justine would always reply promptly and kindly to ensure they were answered. We couldnt wait for the weekend so Friday night we drove to Edwards house to pick him up. The owners were extremely welcoming and friendly. The hand over was both informative and detailed and we felt confident we knew what we were doing! One of the owners even took us for a test drive before we set off too, he was so patient! We are more used to modern cars and it took us a while to get used to the gears but once we got the hang of it, Edward drove like a dream. We really enjoyed the drive into Derbyshire to the campsite as lots of people were flashing and waving! During the weekend Edward had everything we could possibly need, even an emergency bottle of wine which was greatly received!;) we lost count of how many people on the campsite came over to admire Edward! When we returned Edward, his owners were very flexible on times and always on the end of the phone! Nothing was too much trouble for them! So if you are wondering whether to hire Edward, the answer should always be YES! An amazing weekend in a completely awesome campervan with outstanding owners...what more could we say!;)

We had a fabulous weekend in Edward. The van has been renovated to a very high specification and is beautifully turned out. Mike and Justine have supplied the van perfectly and everything we could have needed was there right down to a cafetière! The van slept 4 of us, 2 adults and 2 children aged 10 and 13. The children slept in the upper bunk in the roof space and in the bunk across the driving passenger seats; this was fine but if the children had been much biggertaller they wouldnt have fitted.We would thoroughly recommend hiring Edward!Jo

A long held fantasy of mine was to be the temporary owner of a beautiful VW, so I was delighted to find one at late notice near home. We were the first customers - and Mike and Justine could not have been more helpful, giving me a great introduction to the van and the ways of a VW. We drove gently to the Gower Peninsula and parked in a lovely site near the sea. I slept like a queen in the van and it was definitely a few stars up from the tent. I would recommend the company to anyone, and I appreciated the extras - the table which would be taken out of the van and a smaller table and comfy chairs so we well set up. On the return journey, we broke down near home. It was a minor problem with the petrol gauge and Mike was a complete star, jumping into his car and coming to the rescue. We felt very looked after and it did not spoil the holiday one bit. I would go again! 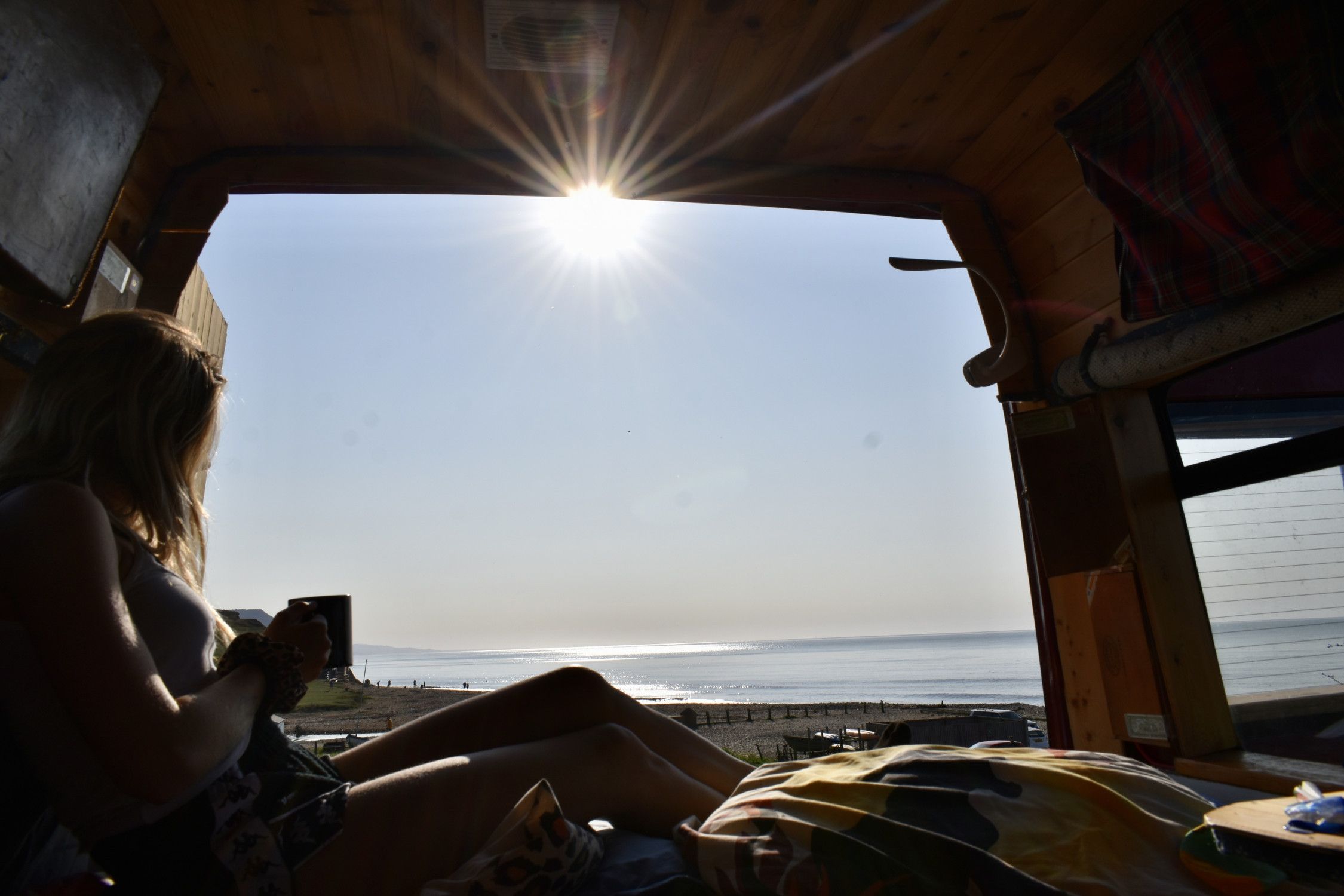 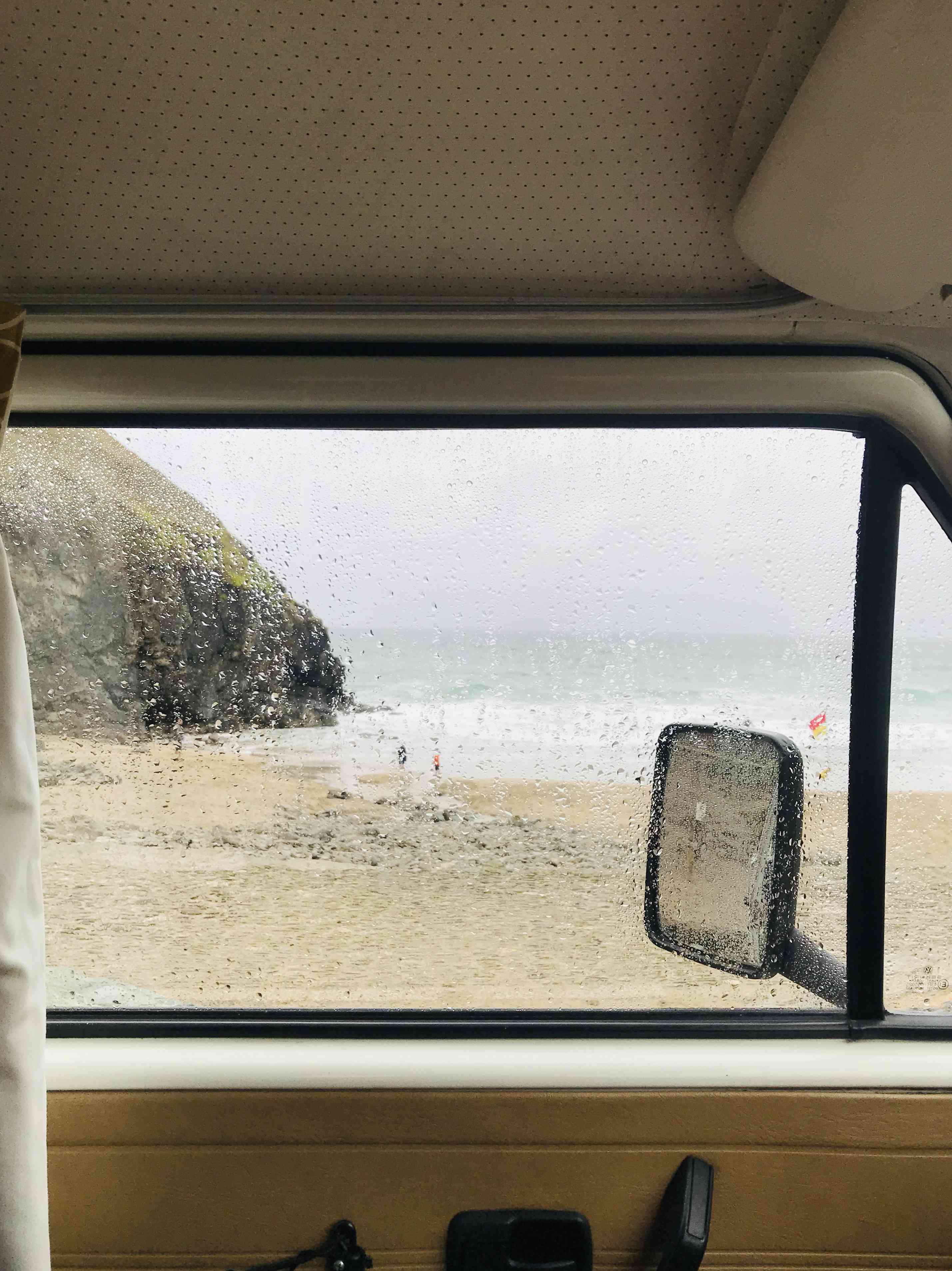