Amazed to have been noticed by and getting a teeny tiney mention in the Chicago Tribune. 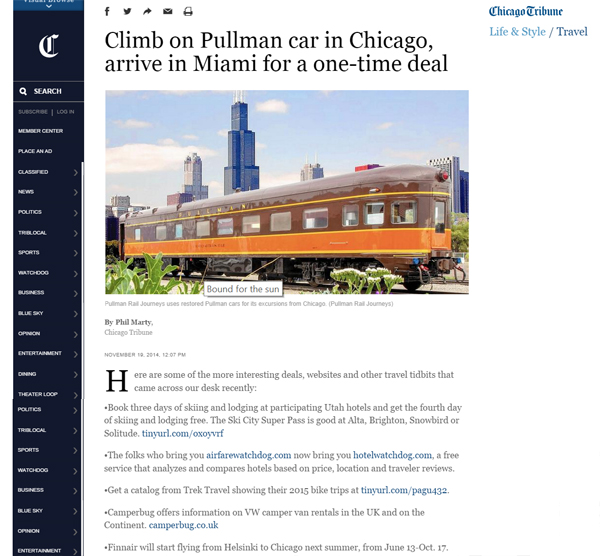 We featured in a piece related to the beautiful Lake District in August. 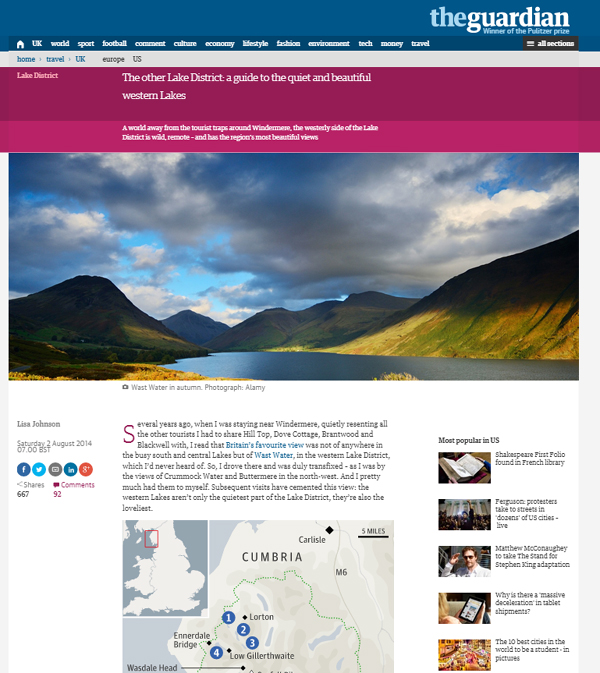 Great to be mentioned in the family section of the Telegraph! 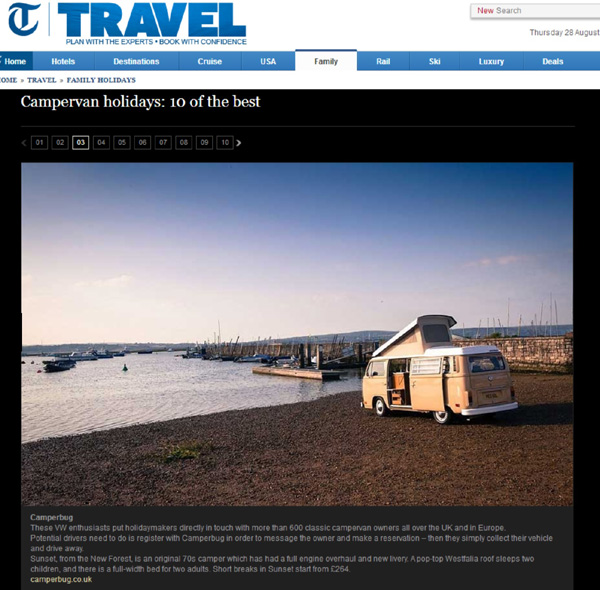 We were really excited to discover that we were going to be mentioned in Prima. They recommended hiring a campervan as a perfect holiday for a family during the summer, how right they are! 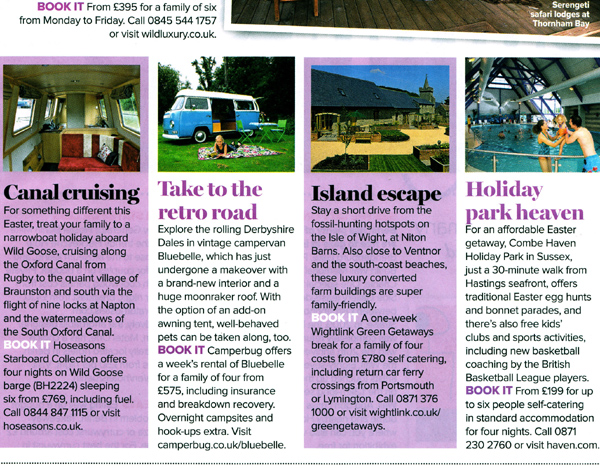 Getting hitched? Why not use a beautiful vintage volkswagen van to transport you to and from the church and reception. Wedding Ideas magazine certainly thought this was a good idea

The extremely switched on editorial staff at The Sunday Times recommended the Camperbug service in a March travel section in a Saturday edition. Very nice of them too. Camperbug has more campervans listed throughout the UK and beyond and they appreciated the fact that it was easy to reach a number of campervan owners from a single location. Give it a go now yourself and see if you can't find the perfect camper for you. 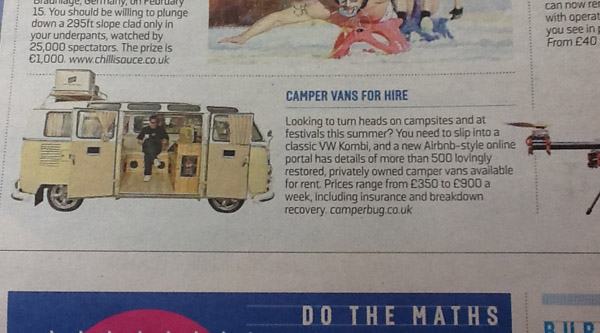 The Guardian contacted us about being part of their campervanning cover story in the April edition. We were happy to oblige and talk about our favourite subject! namely having an awful lot of fun cruising the country in a VW camper that makes you the envy of everyone that sees you. There's nothing better than a camper holiday, just getting away somewhere beautiful and the folks at the Guardian appear to heartily agree. 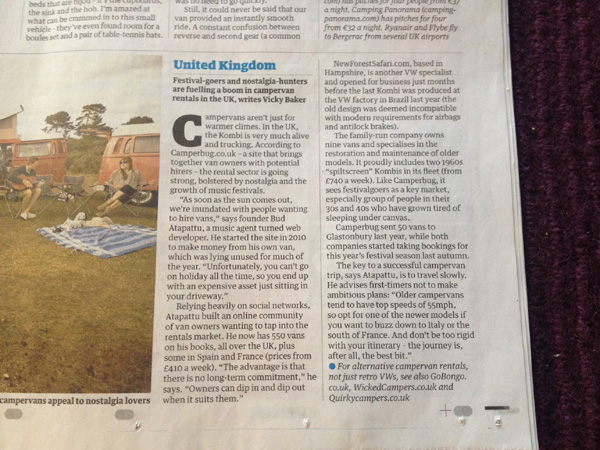 Fantastic little piece in the Independent recommendign that everyone use Camperbug to book a van this summer!! Go on treat yourself, it'll be a holiday that you won't forget. 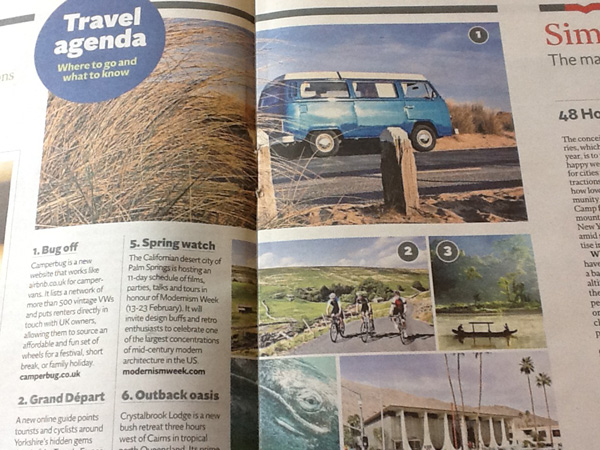 The lovely people at Fabulous magazine got in touch with Camperbug about hiring a camper to take to Wales for four days. They were running a piece about camping in Wales and were visiting four different sites around the country. Camperbug got it's first small but perfectly formed national magazine mention on Sunday 15th July, which was very exciting indeed! 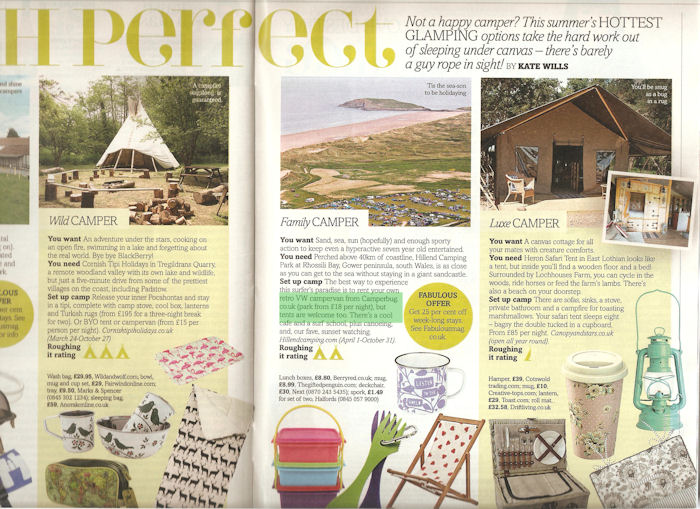